HOW IT ALL BEGAN

A hotel with history

In the mid-19th century, mountaineering began to grow in importance. Exploring the mountains – with many peaks being conquered for the first time – became the most fashionable sport during this period. Towards the end of the 19th century, the remote mountain village of Zermatt was an up-and-coming summer resort. Wealthy city-dwellers would withdraw, often for several weeks at a time, to this retreat in the mountains for their summer holidays. 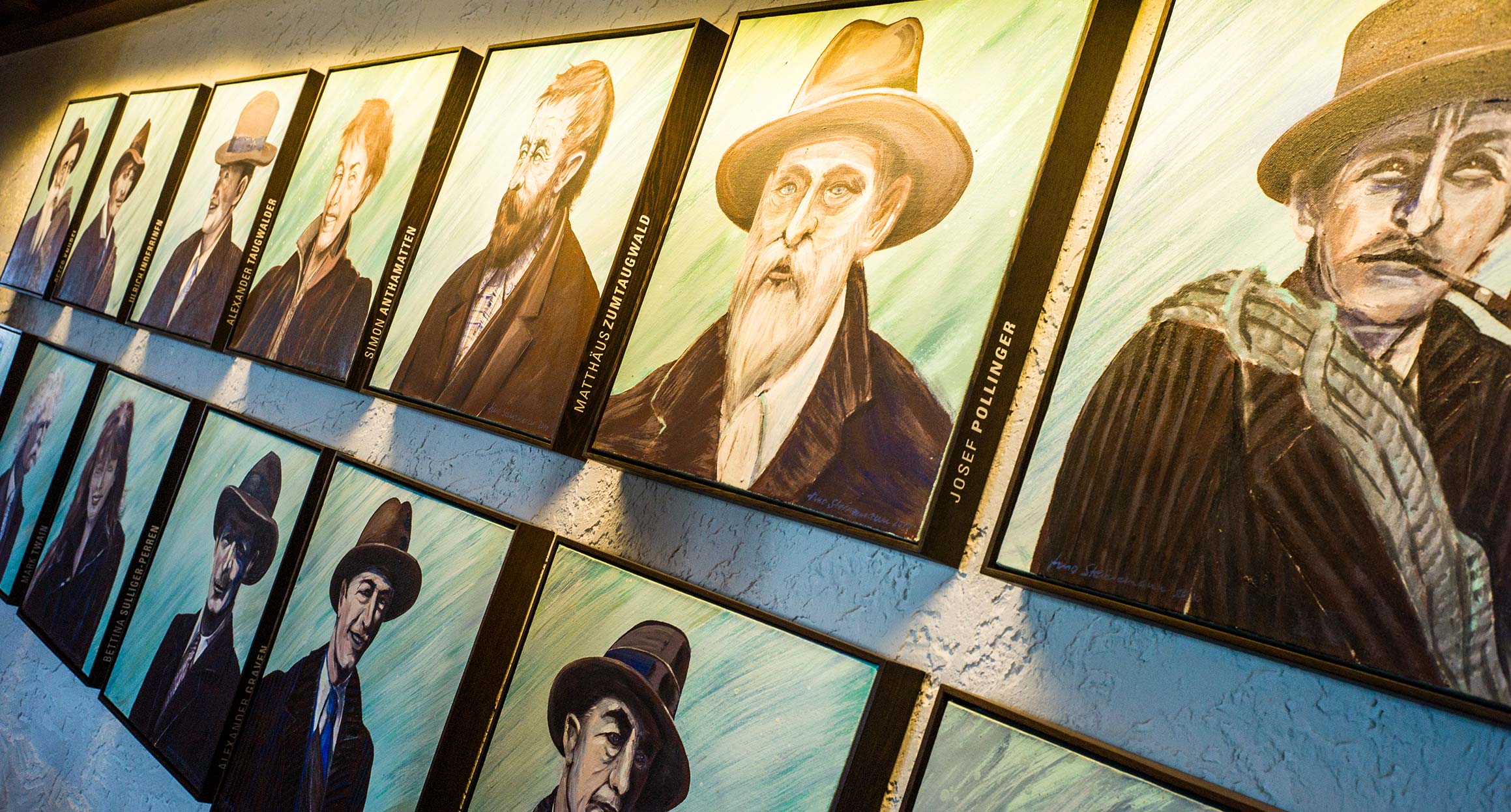 Hotel Riffelhaus is living testimony to the golden age of mountaineering. Mountain climbing and hotel history were written here. The first team of climbers to ascend the Dufourspitze also set off from Hotel Riffelhaus in 1855 on their way to conquering Switzerland’s highest mountain (4,634 metres above sea level).

The world’s most famous mountaineers stayed at Hotel Riffelberg, which at that time was still called “Riffelhaus”. Numerous portraits of mountain guides, depicting climbers from both the past and present, ensure that this tradition is omnipresent throughout the hotel. 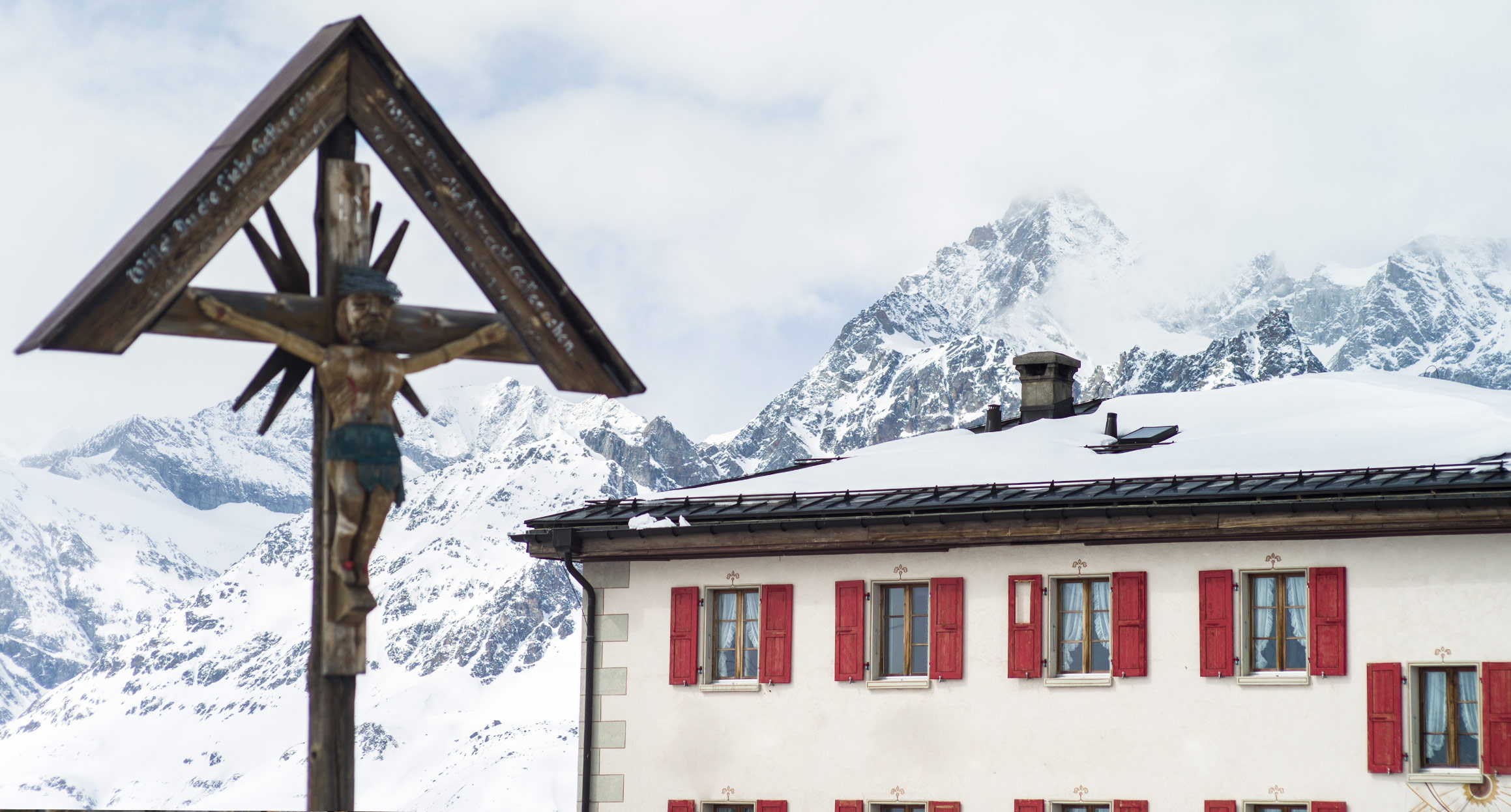 The vicar who thought outside the box

Under the auspices of the Zermatt village vicar Josef Ruden, three local residents, burghers of Zermatt, acquired a plot of land on the Riffelberg, where they built a small guest house in 1853. Constructing the 18-bed guest house was a difficult and costly process. At this time, there was no cog railway running up to the site situated at 2,548 metres above sea level and, with the exception of the area’s rugged beauty, rocks and sand, there was nothing here. Wood had to be carried up from Riffelalp, while everything else came from Zermatt, with the materials being transported using a combination of pack animals and manpower.

Trend of the time

Many locals, some even with a slight tinge of Schadenfreude, forecast the failure of the venture in advance. This, however, did not come to pass. A hotel detached from all civilisation was very much in keeping with the trend of the time. First came the mountaineers, soon followed by members of the upper social classes, who wanted to escape from the burgeoning industrial society to discover the wonders of nature.

The golden age of mountaineering

Opposite the Matterhorn, the golden age of mountaineering was, for all intents and purposes, ushered in at the Riffelhaus. As early as 1855, in the second year of its existence, the first team of mountaineers to conquer Switzerland’s highest mountain, the Dufourspitze, set out from here.

In order to take the wind out of the sails of the doubters, but also due to the fact that the three owners of the Riffelhaus were unable to expand their small hotel using their own funds, the guest house was sold to the burghers of Zermatt in 1862. For the initial owners it was not about making money. They wanted to jolt the local residents of Zermatt and, in spite of all the prophecies of doom, show that the future of the poor village lay in the area of tourism.

Located in the middle of a beautiful ski and hiking region at almost 2,600 metres above sea level, the hotel situated on the Riffelberg has established a reputable name for itself over the course of more than 160 years and is known well beyond the mountain ranges of Valais. The entire hotel was renovated in 1982 and now has more than 60 beds.

(Contents based on the book “Hotels erzählen” by Ernesto Perren, Rotten Verlag, Visp; published in German only)

Conversion and renovation in 2014

With the comprehensive refurbishment of the hotel, the citizens of Zermatt have shown that they still believe in the power of this exceptional building and want to preserve and renew it in its natural surroundings, allowing guests from around the world to enjoy a unique experience with guaranteed snow for many years to come.